It was a tough job keeping a secret from Dirk. He can be such a sneak when it comes to presents around his birthday and Christmas time. It was his 30th and I wanted it to be special so I started plotting a surprise party. I had to hide any evidence that I was planning this. He’s such a sports fanatic – mainly rugby and cricket but generally all sport, so what better theme than “The Olympics”. Everyone was so awesome in helping me keep this a secret, and the best surprise of all – his sisters came all the way from Cape Town and Grahamstown for the party! The day and night before was the toughest time to keep the secret. I had been baking all day and when he came home, he smelt ‘chocolate cake’ but I denied saying it must be the next door neighbours baking. Then he kept on asking about my “photo shoot” (which I had sneakily said I was going to do so it would get me out the house to organise the party) In order for Dirk to get to the party, I had organised Gump (thanks Gump) to pick him up for a game of golf (Dirks other favourite sport) It all worked out perfectly as Gump lied like it was second nature! :) A HUGE thanks must go to Jen and Craig who generously let us use their house for the party. It sure was a cracker of a day & night. We all hid behind the wall and as they drove in, we shouted SURPRISE and I think I might’ve seen a glimpse of a tear as he saw everyone which made me feel all warm and fuzzy inside that I’d done a good job! Lots of punch (thanks Paul and Tara) and beer flowed, an awesome braai (thanks braai man Dave) and a few Olympic games followed. Here’s a few photos from the day which I managed to sneak in between playing hostess. :) Thanks so much to Jen H, Jen S, Tara & Links for helping me with food and setting up! 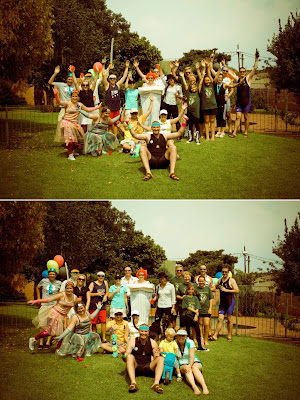 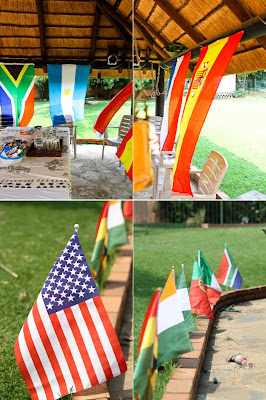 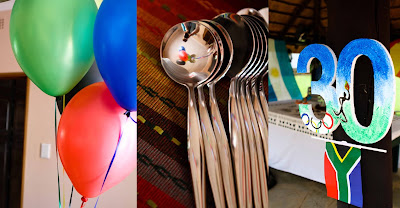 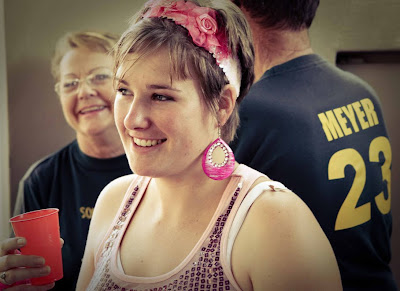 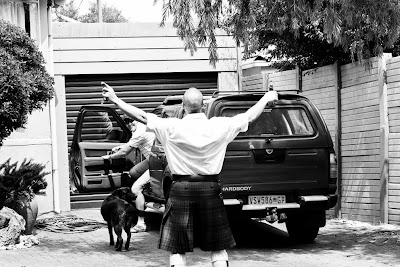 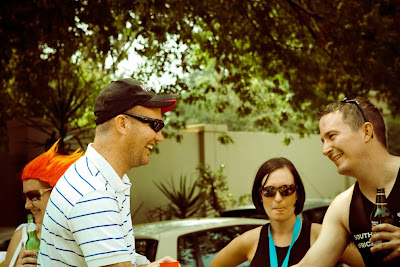 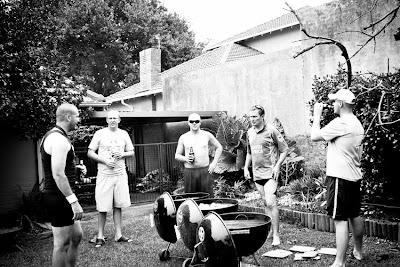 Yes, I dressed him as an Olympic weight lifter. :) 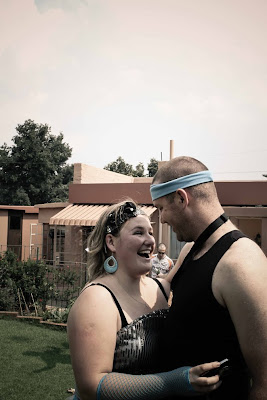 Watching the slideshow I did for him. 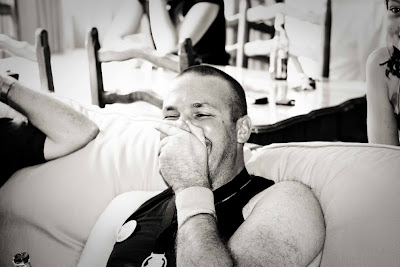 What’s a party without cake?! 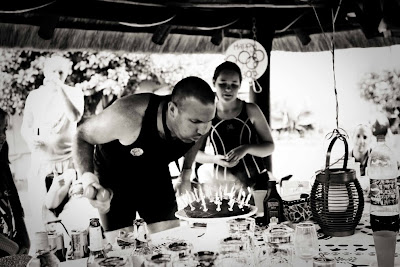